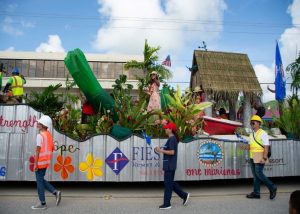 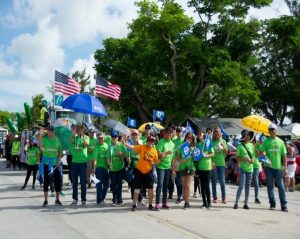 TanHoldings wins this year’s Liberation Day parade float competition with the theme of “Marianas Strong” to represent how the CNMI residents rose amidst the Super Typhoon Yutu aftermath.

The TanHoldings float is composed of a traditional hut, called an “utt”, held by a giant hand representing the entire Marianas.

The United Filipino Organization ranked second place, featuring a vehicle wrecked by the Super Typhoon Yutu. Eusebio Borja and family took third place, portraying an old school bull cart called ‘karetan guaka’. Completing the fourth place was the Government’s Office float that is made in collaboration with the Carolinian Affairs Office, featuring devastated homes and its CNMI residents working together after the typhoon.

A total of 14 floats were exhibited in the parade, eight of them were competitive floats with 6 non-competing floats.