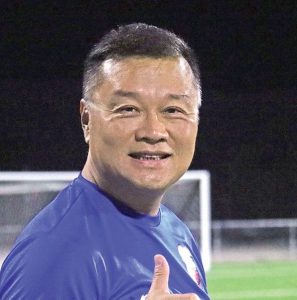 As per Mayor David Apatang of Saipan, Jerry Tan deserves this honor and recognition for his selfless service to his community. Through the Tan Siu Lin Foundation, he made an extensive difference to the lives of the underprivileged students and other residents living in the area.

“Immediately after Super Typhoon Yutu, Jerry immediately led efforts to bring relief goods for residents on Saipan and Tinian, pledging $1 million to our recovery. We thank him for his great contributions to the Marianas,” Apatang said.

CEO Jerry Tan is eager and passionate on giving back through reaching out to less fortunate people in his community. He is also a sports enthusiast and a part of several sports association in Saipan as he aims to promote healthy lifestyle.

In his statement, CEO Jerry Tan expressed his gratitude for being chosen as the grand marshal of the Liberation Day parade.

“I wish everyone will have a meaningful celebration, especially since we’re also celebrating this year the 75th anniversary of the Battle of Saipan. Happy Liberation Day CNMI!” he said.